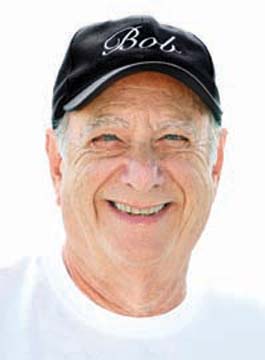 Five hundred years ago, a Spanish explorer named Juan Ponce de Leon set sail from Puerto Rico, in search of new lands to conquer.
On April 2, 1513, he discovered what appeared to be an island, and named it Florida.
It wasn’t an island, but it’s still Florida.
Five hundred years later, on Oct. 10, Ocean Ridge resident Bob Weisblut will go in search of an audience for a new monthly lecture series he’s organized at the Town Hall.
The first speaker will be Tony Marconi, curator of education at the Historical Society of Palm Beach County, discussing the facts and fables of Florida’s discovery.
“I don’t know if six people will show up or 100,” says Weisblut, the retired owner of a security firm and a full-time resident since 2004.

“I know the majority of our neighbors won’t be back until January, so the first two events won’t be a good measure of the interest.”

The lectures are free, and both residents and nonresidents are welcome, Weisblut said. But be on time.
“We’re going to start at exactly 7 p.m. and end exactly at 8,” he warned. “I won’t make the speakers hang around for an extra half-hour.”

At this point, Weisblut is the sole force behind the series, finding the speakers, spreading the word, venturing forth to see if there’s enough interest to support a second season.
“If there’s any person who would like to entertain, I don’t care if it’s a ventriloquist, a musician, a singer or a little Irish dance troupe,” he says. “I just want the townspeople to come out and meet and enjoy each other.”

Future events in the monthly series are:
Nov. 14: Contemporary music from Bill Hartmann, a 12-string guitarist and vocalist.
Jan. 9: Dr. John C. Fine, a marine biologist and master scuba instructor, will discuss the marine life, reefs and shipwrecks off of Boynton Beach.
Feb. 13: Eric Vandernoot, Astronomy and Physics Lab coordinator at Florida Atlantic University, will present information about the new planets found by the Kepler Space Telescope.
March 13: Dr. Kirt Rusenko, marine conservationist at the Gumbo Limbo Nature Center, will describe the three turtle species that commonly nest on our beaches and provide information on what residents can do to keep turtles safe during nesting season.
April 10: A story of the Macedonian king, Alexander the Great, as told  by Dr. Christos Papatheodorou.