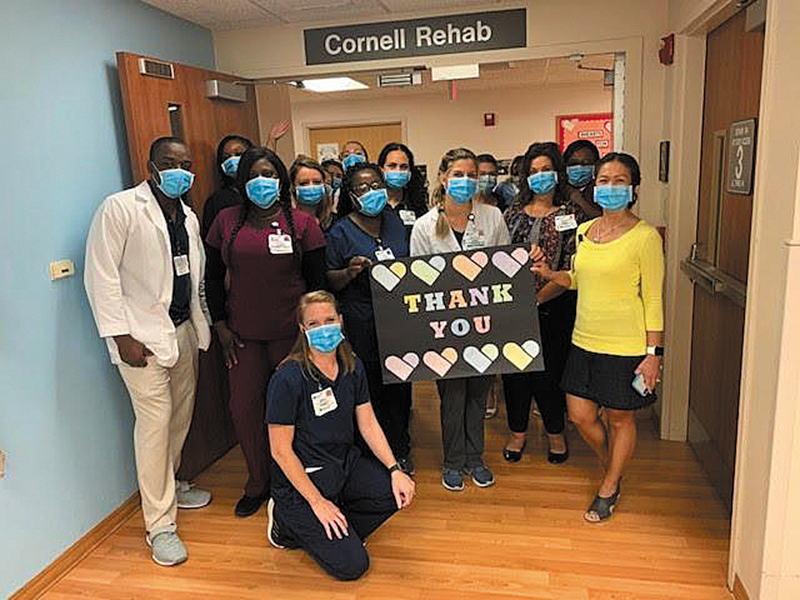 Members of the staff of Cornell Institute for Rehabilitation Medicine at Bethesda Hospital in Boynton Beach. Photos provided

Stories from pandemic are being preserved for posterity

On July 3, 1918, a Boca Raton pioneer named Frank Chesebro made a brief notation in his diary: “Got out egg plant seed,” he wrote. “Buried a boy named Rogers in cemetery.”
Three days later, he made another notation:
“Buried second Rogers boy. Got out pepper seed. Picked pines.”
The cemetery was a single acre then, situated at what is now an entrance to the Royal Palm Yacht & Country Club, just across the roundabout from the Boca Raton Resort & Club.
We know Frank Chesebro had donated that acre in 1916. We know John E. Rogers was only 10 years old when he died, and we know his brother, Jasper H., was 8.
But we don’t know what killed them.
Could it have been the Spanish flu pandemic, which appeared that spring and would claim about 50 million lives, including as many as 800,000 in the U.S., before subsiding the following summer?
“We’ve always wondered,” says Susan Gillis, curator at the Boca Raton Historical Society & Museum. “Could they have died of the Spanish flu? But we haven’t been able to document that.”
Now, a century later, another pandemic is sweeping away lives throughout the world. This time, area curators and archivists want to make sure that people 100 years from now will know what life was like for us during the COVID-19 pandemic of 2020.
In addition to the Boca Raton Historical Society, the Boynton Beach City Library and Delray Beach Historical Society are asking residents to share memories, photos and other memorabilia of their lives under quarantine.
“We’ve been getting a lot of photos, a donation of face masks, and student submissions from the schools,” says Patricia Fiorillo, the assistant curator at the Boca Raton Historical Society, who’s leading its campaign. “We’ve had a lot of photos of graduation signs in front of houses. I’d like one of those signs.”
A fourth-grader named Jacob took the lockdown with grown-up patience.
“My cousin Chris graduated,” Jacob wrote, “so we celebrated at our house. Quarantine changed our lives but there is still joy to spread; we’re in this together.”

At the Boynton Beach City Library, archivist-librarian Georgen Charnes wants residents to know they don’t have to be a doctor on the front lines of the virus or an ICU nurse to have a story worth saving.
“We tend to think of history as famous people or wealthy people,” Charnes says, “but it’s the stories of ordinary people that give people in the future a sense of what life was really like now.”
Hudson Hilburn arrived in Fort Pierce on April 8, a healthy baby girl born during an unhealthy time.
“This is not how I expected to bring a baby into the world,” Julia Christy Hilburn wrote the Boynton library’s project. “I pictured a waiting room full of family all anxiously awaiting Patrick to tell them Hudson has arrived and how much she weighs.
“Instead we asked a friendly neighbor to FaceTime so my grandma could see her first great-grandchild. Instead, we nervously told everyone we were headed home only to tell them they couldn’t stop by.” 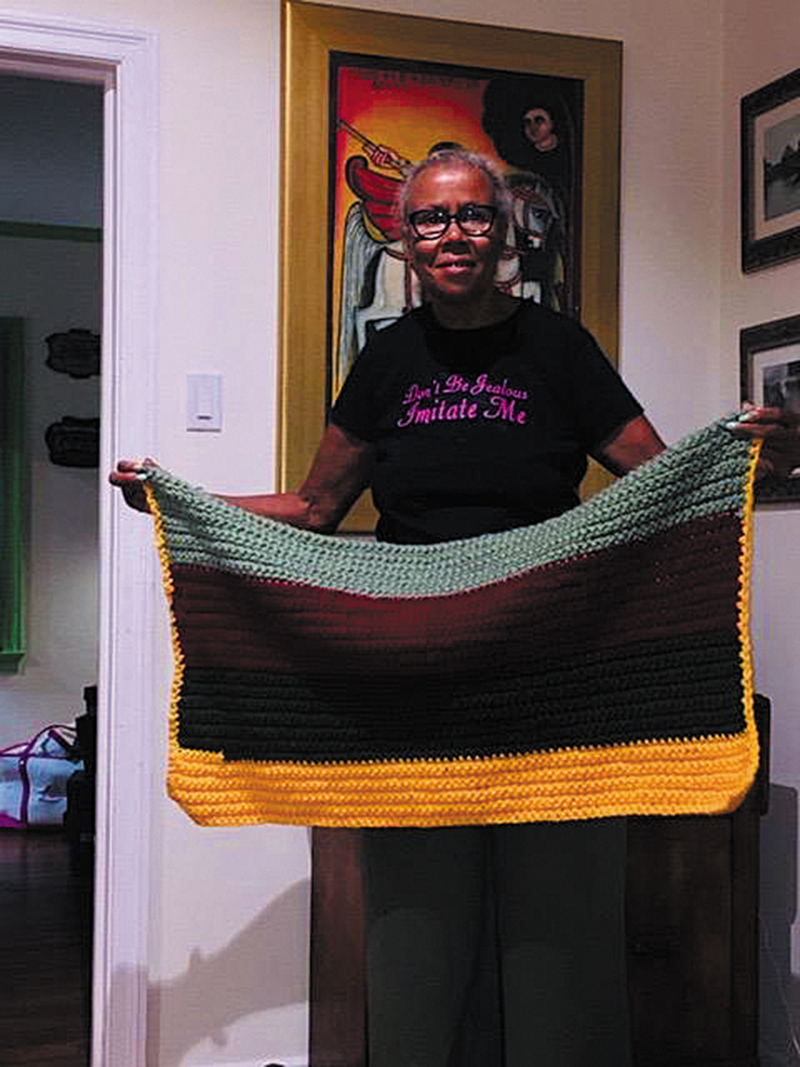 Winnie Edwards, executive director of the Delray Beach Historical Society, began soliciting donations in early March.
“When you’re researching things like an old hurricane, you go to mainly the newspapers, but it’s really hard to find those personal stories unless somebody wrote them down. With this pandemic happening in our lifetimes, I know everybody’s got stuff on their phone, and I thought we’d better collect it now.”
So far, Edwards reports, she’s gathered more than 100 contributions, including this optimistic essay from Kenya Spear of North Swinton Avenue.
“I swim about four times weekly, participate in Yoga/Meditation at The Delray Beach Library on Atlantic Avenue. (Now, I meditate here, at home alone, and some times do Yoga, but it is not the same as being in a group.)
“I miss volunteering at The Arts Garage and at The Boca Raton Library Bookstore, tutoring children, helping with their reading and math, playing cards with friends, visiting The Norton Museum, walking in the park near Lake Ida Road.
“Amazingly, I now have time and finally, patience and I have rediscovered an old favorite passion, crocheting. It is tremendously relaxing, rewarding. And I feel accomplished, productive. I look at my completed items and know that I am blessed. I have options. I am thankful. I am safe and alive.”
Someday, Edwards hopes, she will work with commercial photographer Matt Sturgess of 4th Avenue Photography to turn the videos, photos and poetry into a documentary. But like the other archivists, she has put no deadline on submissions.
The history hasn’t ended because the pandemic hasn’t ended, and so the collecting continues.
Someday soon, they hope, the COVID-19 pandemic will become, like the Spanish flu pandemic of 1918, history.
And this time, that history will have been preserved. 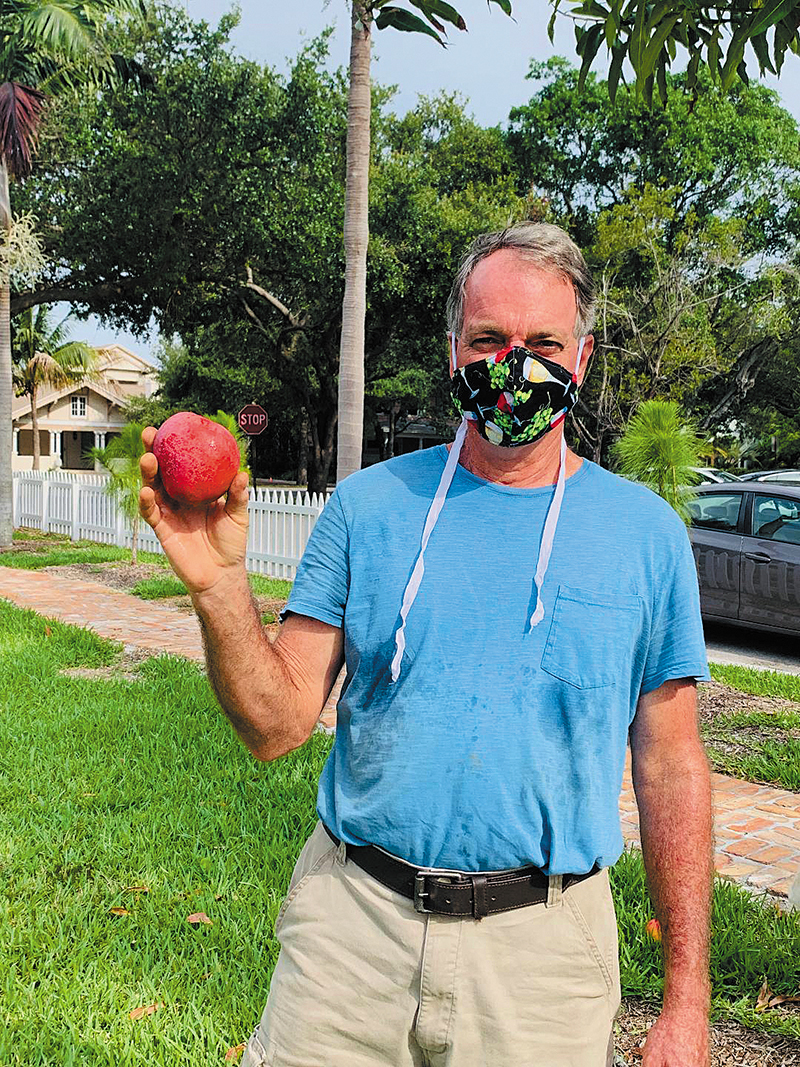 The Rogers boys did not stay in Frank Chesebro’s cemetery. When Addison Mizner began to build his resort, the cemetery was moved to 10 acres on the northeast corner of Second Avenue and 16th Street. And in 1943, they were moved again, to the present cemetery on Southwest Fourth Avenue. Their graves are still there.
Did they die of the Spanish flu?
Perhaps. But in 1918, the entire state of Florida had fewer than 1 million residents, and fewer than 1,000 deaths were reported statewide.
“Palm Beach County was not super densely populated, so there was a lot of space between people in 1918,” Patricia Fiorillo of the Boca Raton Historical Society said. “Social distancing wasn’t that hard back then.”