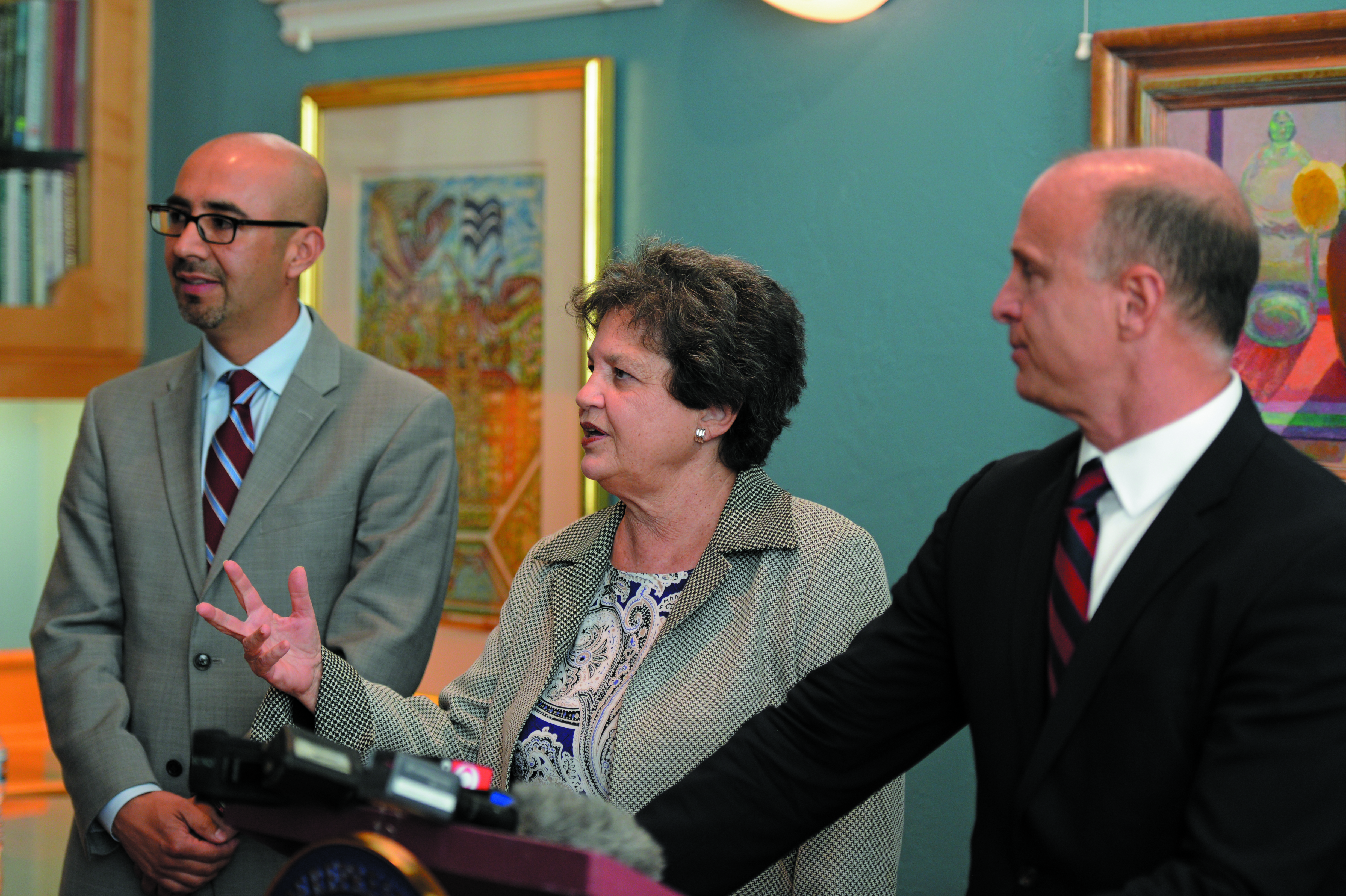 A black van carrying 14 people toured Delray Beach about 1 p.m. May 2. Police in marked vehicles escorted the van through the city’s neighborhoods.
They were not transporting people from sober homes to treatment centers. Instead, they had a bigger mission: to show high-ranking federal officials the negative impact that unkempt recovery residences are having on city neighborhoods.
The 90-minute tour — combined with a mid-afternoon sober homes forum — likely worked. Sixteen cities in Palm Beach and Broward counties sent elected officials and community leaders to the forum.
“We then listened to the concerns of the elected leaders throughout the region,” said Gustavo Velasquez, an assistant secretary in the U.S. Department of Housing and Urban Development. “We have a lot of ideas. I will go back to Washington and work on it.”
He plans to work with HUD and Department of Justice lawyers to craft a joint statement, a guideline, which cities can use to balance the needs of recovering individuals with a city’s ability to maintain quality neighborhoods and a keep a lid on public safety costs. His goal is to have the statement in August.
At the forum, one elected leader said a sober home in his city called the fire department 115 times in one year, according to U.S. Rep. Lois Frankel, whose staff organized the forum and helped stage the tour with Delray Beach staff.
She was able to persuade HUD officials to attend.
“I had a bill prepared and asked HUD to review. They were concerned with the right wing tea party trying to gut the fair housing law if we brought the proposal to the floor,” Frankel said the day after the forum. “So they agreed to this meeting instead and revising the joint opinion.”
The news media were not permitted in the forum to allow the elected leaders to speak freely, she said. Frankel, a federal official, does not have to follow the state’s Sunshine Law regarding open meetings.
Velasquez left immediately after making a statement in the news conference held in Old School Square’s Crest Theatre building.
HUD officials were visibly shocked by what they saw on the tour, Frankel said. “We saw furniture on the sidewalks,” she said, indicating that a sober home had just tossed a client on the street. “We are not bashing the industry, just the bad operators.”
Frankel said she was optimistic about the outcome.
Delray Beach Mayor Cary Glickstein said he was feeling the most encouraged in his four years as mayor. He hears daily complaints about sober homes from residents.
The city police and fire chiefs recently showed how the increase in emergency calls from sober homes is plaguing their departments. The more than 200 recovery residences account for 6 percent of the 20,000-plus incident reports police officers make annually, Police Chief Jeff Goldman said in mid-April.
Delray Beach has hundreds of sober homes. The exact number is not known because counting them would lead to federal lawsuits under fair housing and disability laws, Glickstein said.
“It’s not the amount of homes, it’s the number of beds,” he said. “If you have 1,000 sober homes with 10 beds … that’s like adding 10,000 people to your city every three months. … Traditional metrics for measuring public services doesn’t work.”
Delray Beach will use the federal statement to craft city laws that distinguish between the recovering individuals and the sober home operators that often are corporations or limited liability companies.
“City managers may get together and contribute to a legal defense fund for the new ordinance,” Glickstein said. He thinks the ordinance will be tested in court.
Boca Raton Mayor Susan Haynie said she too was feeling optimistic.
“The HUD officials were truly shocked by what they saw on the tour,” she said. “Hopefully it’s a light-bulb moment for them.”
She liked that the Justice Department would be involved because then the joint statement would have more meaning in the courts. In addition, she was thrilled that the statement could be ready in 90 days.
New Boynton Beach Mayor Steven Grant said his city will not wait until August. He plans to ask his city attorney to look at Boynton Beach’s ordinances regulating group homes and see what can be done there.