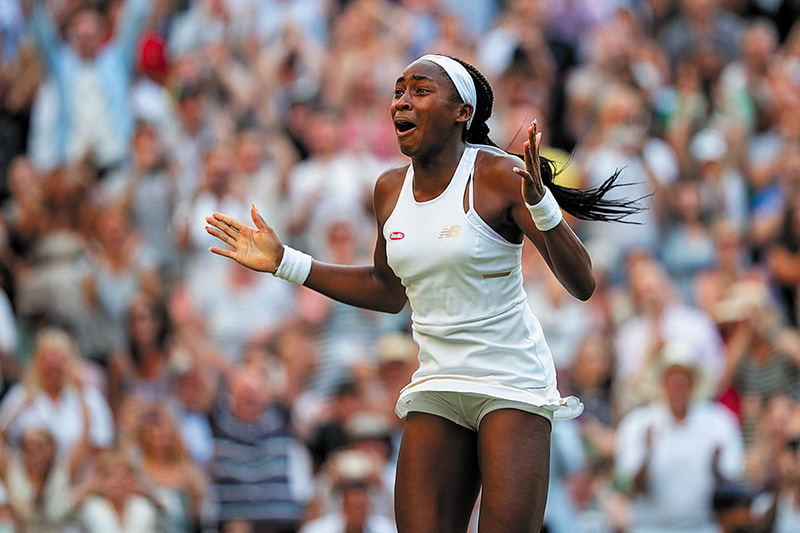 Delray Beach’s Cori ‘Coco’ Gauff, 15, reacts to one of her Wimbledon match victories. She reached the round of 16. Photo provided AELTC/Florian Eisele

Fifteen-year-old Cori “Coco” Gauff of Delray Beach made international headlines when she became the youngest woman in the modern era to qualify for the main draw at Wimbledon — and reached the fourth round, becoming the youngest to achieve that feat since Jennifer Capriati in 1991.

Gauff wasn't the only southern Palm Beach County athlete to enjoy remarkable success this summer. Professional golfer Gary Woodland, who moved to coastal Delray Beach three years ago, also made a splash when he earned the first major victory of his career at the U.S. Open in mid-June at Pebble Beach. Woodland, a member at Pine Tree Golf Club in Boynton Beach, had only two top-10 finishes in 30 previous tries at majors, a sixth at the 2018 PGA Championship and an eighth at the 2019 PGA.

And Gulf Stream resident Kevin Anderson, who beat Roger Federer in five sets on his way to a runner-up finish at Wimbledon last year, won his first two matches before falling in straight sets to Argentina’s Guido Pella in July.

While most of the pre-tournament hype centered on Serena Williams’ pursuit of her 24th major victory, Gauff arguably became a bigger story right out of the gate when she defeated her childhood idol, Venus Williams, in straight sets in the first round at the All England Club. Fifteen-year-old Cori ‘Coco’ Gauff of Delray Beach reacts to her surprise victory over Venus Williams in the first round at Wimbledon. Gauff had already won three qualifying matches and went on to win six in all before losing in the fourth round. AELTC/Florian Eisele

A former No. 1-ranked junior who earned her first WTA-level match victory at the Miami Open this past spring, Gauff impressed not only with her play on the court but with her display of maturity and perspective off it.

“There was definitely a lot of buzz among the players when it came to Coco Gauff’s story,” Anderson said. “I remember hearing when she became the youngest player to qualify for Wimbledon and I felt a little proud that she lives in Delray Beach, too. Not only was she playing great and beating incredible players, but she was also handling the spotlight really well. I know we’re all looking to see what she does next and I hope she continues to do well.”

“My goal was to play my best,” Gauff said after defeating Williams. “My dream was to win. That’s what happened. I think people kind of limit themselves too much. Once you actually get your goal, then it’s like, ‘What do you do now?’ I like to shoot really high, so I always have many goals along the road, but that way you have the ultimate goal.” 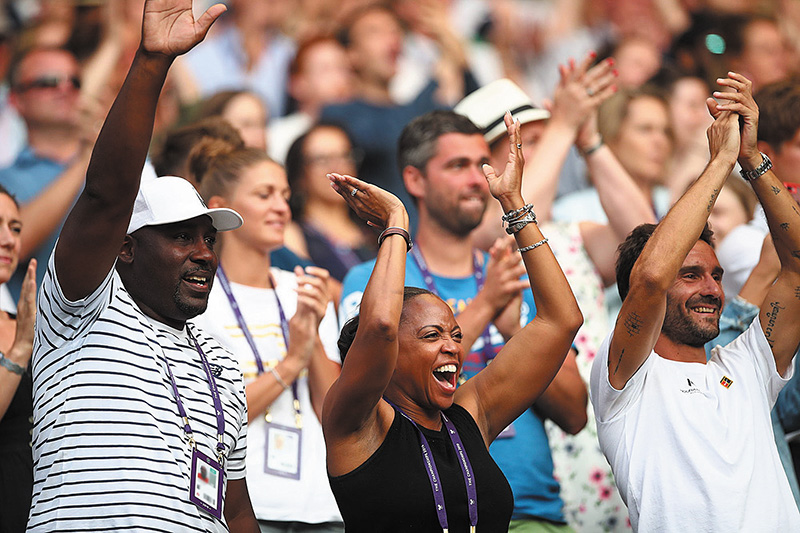 Coco’s parents, Corey and Candi Gauff, cheer on their daughter last month at the All England Club. AELTC/Florian Eisele

The daughter of Corey Gauff, who played basketball at Georgia State, and the former Candi Odom, who was a track star at both Atlantic High School and Florida State, Coco moved with her parents to Delray Beach at age 7, one year after taking up the sport, to concentrate on tennis. She has become a frequent visitor to the Delray Beach Tennis Center for training.

In 2014, at 10 years, 4 months, Coco became the youngest winner of the USTA Clay Court 12-and-under nationals. She won the girls singles championship at the 2018 French Open, her top result as a junior.

Mark Baron, tournament director of the ATP Delray Beach Open, said he was out to lunch at City Oyster on Atlantic Avenue one day during Wimbledon when four people approached him to talk about Gauff and what she was doing for the city’s tennis reputation.
“Tennis was pretty big before the splash,” Baron said, “and this has made it even more. We’ve had a lot to do with building junior tennis, in Delray, in the United States, and even the world. It is exciting.” 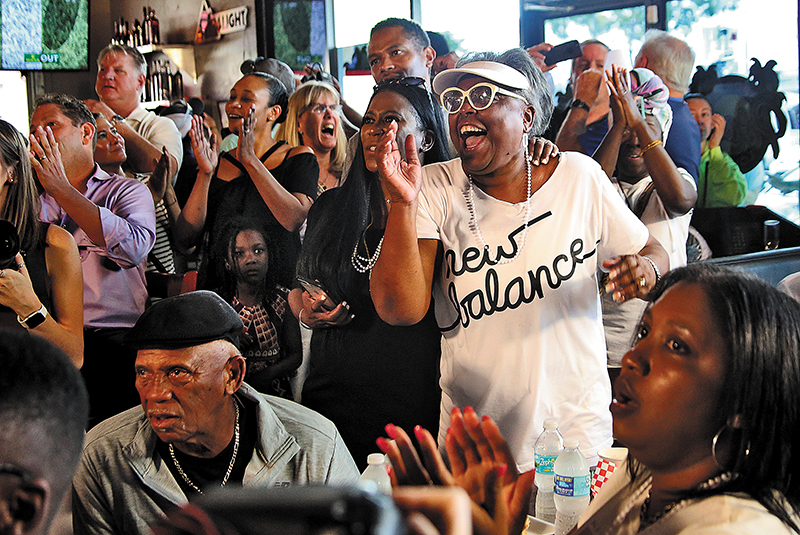 Family, friends and fans pack Paradise Sports Lounge in Delray Beach to cheer for Coco as they watch her fourth-round match against Simona Halep, the No. 7 seed and eventual champion. From left are Coco’s grandfather Eddie Odom Jr., aunt Joi Grant, who has her arm around Coco’s grandmother Yvonne Odom, and LaShonda Wright. Tim Stepien/The Coastal Star

The Delray Tennis Center played host to the U.S. Boys 16 and 18 Clay Court Championships in July. Baron predicted some of those competitors will pop up again at the U.S. Open starting in late August in New York.

Woodland’s victory Woodland, meanwhile, had his major breakthrough two years after finishing second at the Honda Classic in Palm Beach Gardens in 2017.

The winner of only three events in his previous 10 years on the PGA Tour, the 35-year-old Kansas native held off West Palm Beach native Brooks Koepka by three shots at Pebble Beach, shooting 2-under 69 in the final round on one of the world’s iconic golf courses.

Woodland had made a name for himself earlier in the year when his video at the Phoenix Open with Amy Bockerstette, the first golfer with Down syndrome to receive a college athletic scholarship, went viral.

Woodland turned cheerleader when Bockerstette made an 8-foot par putt on the par-3 16th hole as part of pre-tournament activities; the video of that pairing has become the most-watched in the history of the PGA Tour.

Two days after his U.S. Open win, the two appeared together on NBC’s “Today” show.

While a lengthy layoff due to an elbow injury hurt Anderson’s chances at Wimbledon, he made an impact in another way. The president of the ATP Players Council, Anderson made an environmental statement by getting 4,500 plastic wrapping bags banned from the event.