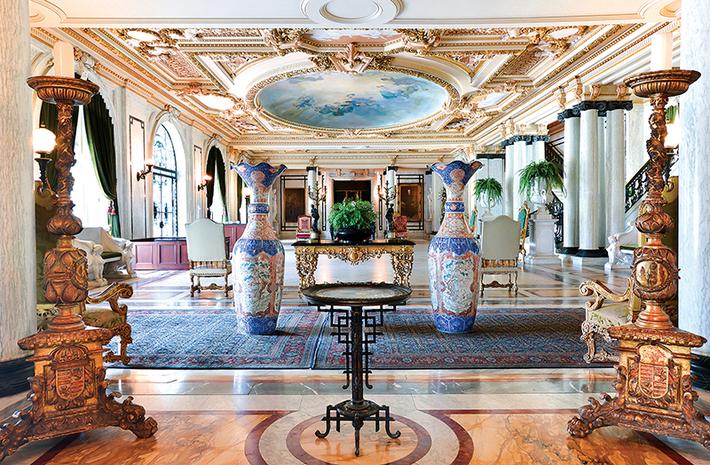 The Grand Hall at Whitehall, Henry Flagler’s 1902 mansion in Palm Beach. A model of innovation in its day, the house is now home to the Flagler Museum. Photo provided by Henry Morrison Flagler Museum

Let’s get this out of the way first — it’s hot!
And, we know, we know: You’re looking for places to chill this never-ending summer.
So, we invite you to get out of the house by cooling your heels inside a house.
That’s right — inside a historic house, something built before there was air conditioning and interstates and, in some cases, electric lighting.
The history of South Florida as we know it is fairly recent. But you don’t have to drive far to travel back in time at these houses of history.
Best of all: They’re air-conditioned. The Spady Cultural Heritage Museum is dedicated to discovering, collecting and sharing the African-American history and heritage of Palm Beach County.
The building from 1922 to 1957 was the home of Solomon D. Spady, a prominent African-American educator and community leader in Delray Beach. It marked its 20th anniversary as a museum last year.
Black people arrived in Delray Beach in the late 19th century, migrating from the Bahamas, North Florida and the coastal communities of the Carolinas and Georgia.
At that time, the South was deeply segregated — Jim Crow laws were in force, dictating how and where people of color could live, work and worship.
Entrepreneurship was a necessary part of survival for Delray Beach’s Black residents, who had a thriving community separate from that of the white residents to the east.
As for Spady’s Mission Revival house, built around 1925-26, it’s a stucco-over-frame two-story residence, with four rooms downstairs and four upstairs. It is filled with exhibits year-round.
The museum is at 170 NW Fifth Ave. Hours: 11 a.m.-4 p.m. Tuesday-Saturday. Info: 561-279-8883 or​ www.spadymarketplace.org. The Cason Cottage offers a peek at early 20th-century life in Delray Beach. BELOW RIGHT: The cottage’s furnishings reflect life in the early 20th century. Photo above by Tim Stepien/The Coastal Star, below right provided by Delray Beach Historical Society Delray Beach has undergone many changes over the past century.
But one thing remains the same — the Cason Cottage.
Since 1989, the Delray Beach Historical Society has operated this modest frame vernacular 1924 structure as a house museum to help interpret the city’s history from 1915 to 1935.
Its builder, the Rev. J.R. Cason, was a community leader who served as a municipal judge and as chairman of the Palm Beach County Board of Public Instruction.
He also was the founder of Florida’s first orphanage, at Enterprise, in Volusia County north of Orlando. Cason United Methodist Church, a few blocks northwest of the cottage, was named for the reverend.
The house is furnished to reflect life in the early years of the 20th century. The current exhibition is “Delray Beach: WWII Homefront.”
The cottage is at 5 NE First St. Hours: 11 a.m.-3 p.m. Tuesday-Saturday. Info: 561-274-9578 or delraybeachhistory.org. Like so many dwellings of its day, Henry Flagler’s Whitehall almost met the wrecking ball.
But thanks to his granddaughter Jean Flagler Matthews, the house, built in 1902 as a wedding gift to Flagler’s bride, Mary Lily Kenan, endures as a testimony to his love.
The Gilded Age palace left visitors to Palm Beach awestruck — the home even had central heating.
After Flagler’s death in 1913, the house became part of the Whitehall Hotel, with an 11-story tower built behind it. The original part of the house was used for lobbies, card rooms, lounges, a bar and guest suites.
When the hotel became obsolete in 1959, it seemed the house might be demolished. But Matthews raised the money to preserve the house once the tower was demolished.
Over the decades, the museum has acquired furnishings original to the house. In more recent years, the place has been air-conditioned to stabilize it for the antiques and artwork on display.
Flagler’s private railcar No. 91 is on display in the Flagler Kenan Pavilion.
Starting in September, the museum will offer musical performances on select Sundays on Flagler’s 1902 J. H. & C. S. Odell & Co. organ in the music room and the 1901 Steinway and Sons model B art-case piano in the drawing room.
The museum is at One Whitehall Way. Hours: 10 a.m. to 5 p.m. Tuesday to Saturday, noon to 5 Sunday. Info: 561-655-2833 or www.flaglermuseum.us. The Sample-McDougald House was built in 1916 in Pompano Beach. Scott Simmons/The Coastal Star

Old-timers may remember seeing the Sample-McDougald House on its original site, along the west side of Old Dixie Highway in Pompano Beach.
Built in 1916, the majestic Colonial-Georgian Revival home stood alongside a very busy stretch of commercial highway, a testament to when Dixie was the main artery to Fort Lauderdale and Miami beyond, and Broward County was an agricultural hub.
It originally was home to Pompano Beach pioneer and farmer Albert Neal Sample, for whom Sample Road is named.
After Sample’s death in 1941, the house was sold to William and Sarah McDougald, whose family lived in the home until the 1990s. At that point the McDougald family donated the house to the Sample-McDougald House Preservation Society Inc., which raised the money to move the house to Centennial Park, where it now serves as a museum and events center. It boasts some original furnishings.
Outside, the 5-acre Centennial Park also is home to a heritage garden, planted with seasonal heirloom fruits and vegetables.
The house is at 450 NE 10th St. Hours: noon to 4 p.m. Tuesday-Saturday. Info: 754-307-5446 or www.samplemcdougald.org. 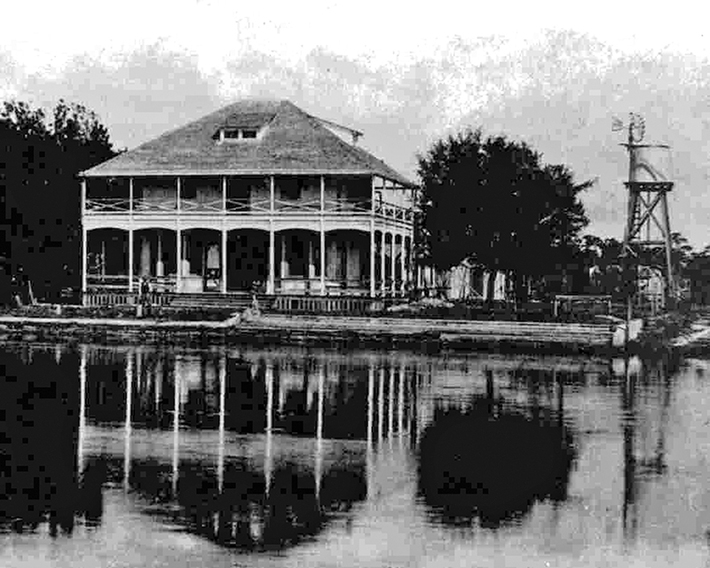 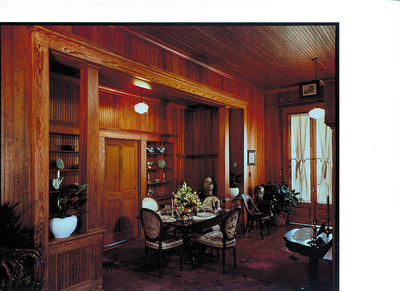 When Frank Stranahan, credited as Fort Lauderdale’s founding father, built this two-story wood frame house on the New River in 1901, the area that’s now home to skyscrapers was a wilderness. The house now is Broward County’s oldest surviving building.
Frank and Ivy Stranahan took leadership roles in the community and donated land for public projects, but Frank Stranahan suffered economic misfortunes worsened by the 1926 and 1928 hurricanes. Friends who had invested in him also were ruined, according to the Historic Stranahan House Museum’s website.
In 1929, he committed suicide, drowning himself in the New River in front of his home.
The structure served as a trading post, post office, community gathering place, as well as a home to the Stranahans. Ivy Stranahan lived there until her death at age 90 in 1971. She left it to the Seventh-day Adventist Church and it later was bought and restored by the Fort Lauderdale Historical Society and the Fort Lauderdale Board of Realtors and opened to the public as a historic house museum in 1984.
It’s open at 335 SE Sixth Ave. for guided tours only at 1, 2 and 3 p.m. daily. 954-524-4736 or stranahanhouse.org.