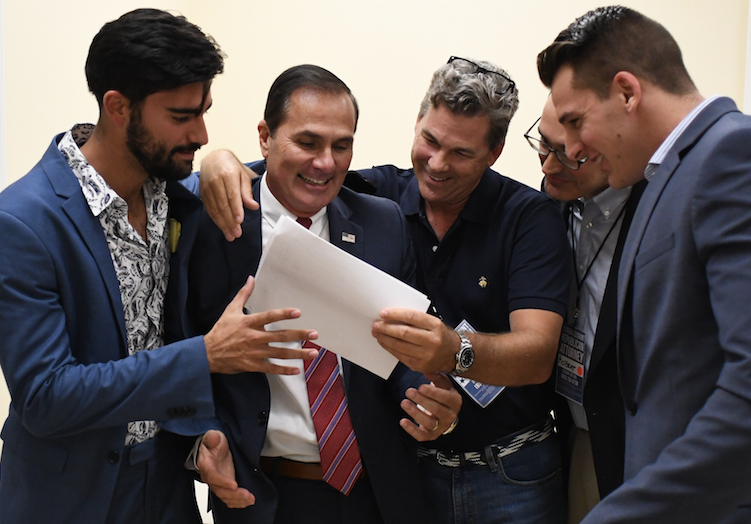 State Rep.-elect Mike Caruso of Delray Beach  (2nd from left) celebrates with members of his campaign staff after the final recount of votes revealed the Republican maintained his election victory over Democratic candidate Jim Bonfiglio of Ocean Ridge. 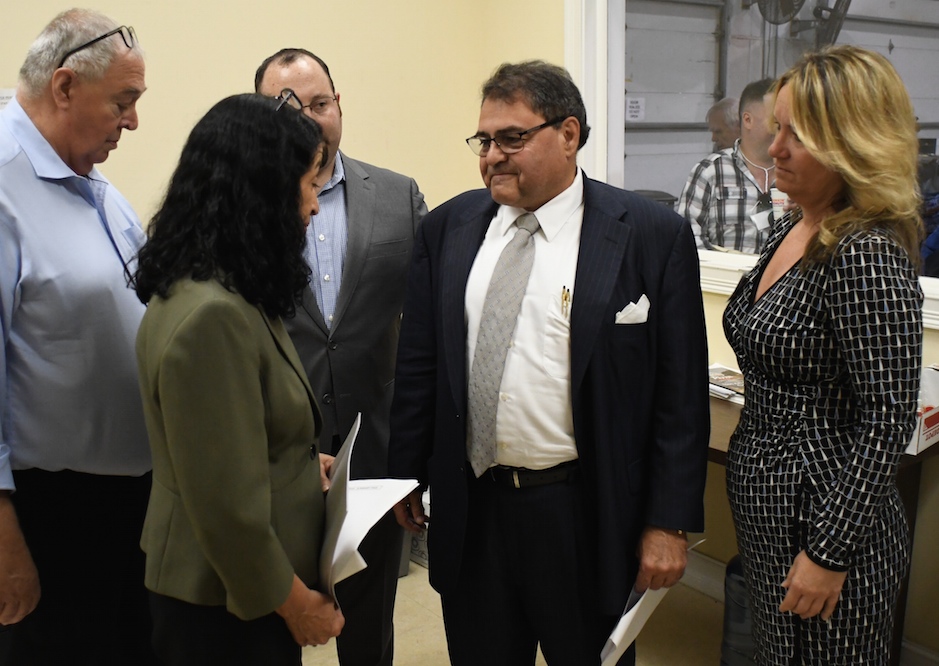 Democratic candidate Jim Bonfiglio (second from right) talks with Palm Beach Supervisor of Elections Susan Bucher and some of his supporters after a recount of ballots.  He lost his bid for State House District 89 by just 32 votes.

Candidates for Florida House District 89, Democrat Jim Bonfiglio (left) and Republican Mike Caruso, shake hands surrounded by supporters for both candidates after the final recount of 78,474 ballots was completed at the Palm Beach County Supervisor of Elections Office. The 32-vote margin of victory held for Caruso, who now pledges to make election process reform the first thing he will pursue after he is sworn into office.