A Lee County man who appears to have served as a financial adviser to an elderly Highland Beach woman found murdered in April has been arrested and charged with more than two dozen grand theft and financial fraud-related charges. 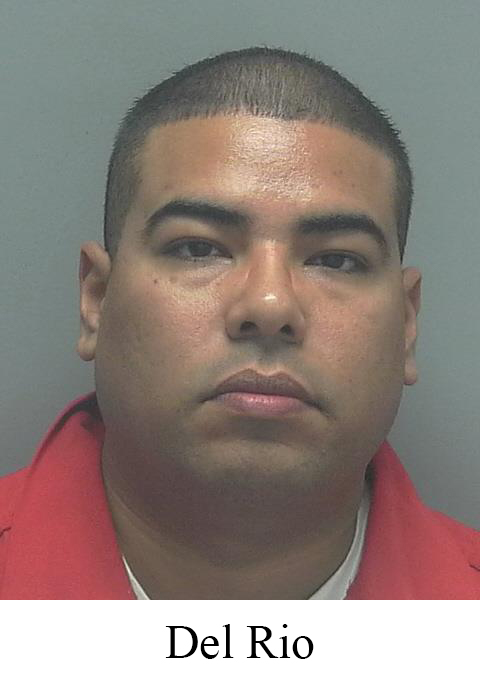 The Lee County Sheriff’s Office confirmed that David Del Rio, 35, was arrested near his home in Lehigh Acres on Florida’s west coast Thursday morning on a warrant from Palm Beach County.

The Lee County Sheriff’s Office confirmed that the bomb squad assisted with the arrest by providing tools, but would not say anything further. Witnesses said police removed several vehicles from the property as well.

After a first appearance in court Friday morning, Del Rio was held without bond and was ordered transported to Palm Beach County within three business days, according to WBBH.

Palm Beach County Sheriff’s Office officials, who have been tight-lipped since the late April death of 85-year-old Elizabeth Cabral, did not comment on the case or connect Del Rio to the homicide.

Neighbors in the Penthouse Highland condominium along State Road A1A however confirmed that Del Rio had served as a financial adviser to Betty Cabral and her late husband William Cabral, who suffered from dementia and died in 2017.

In addition, a 2015 notice of commencement document for work on the Cabrals' condo on file with the Palm Beach Clerk and Comptroller’s Office shows Del Rio’s signature next to William Cabral’s name as POA or power of attorney.

Neighbors at the condominium said they were concerned about the financial relationship between Betty Cabral and Del Rio after William died, but that Betty was reluctant to sever the ties because he treated her kindly.

“None of us liked him because we felt that he was trying to take advantage of Betty,” said Alan Croce, president of the Penthouse Highlands Association and a retired high-ranking law enforcement official in New York.

Croce said that although it has been almost five months since Cabral’s body was found, her fifth-floor condominium remains cordoned off as a crime scene.

Elizabeth Cabral’s body was discovered on the night of April 30 shortly after her 2013 Hyundai Sonata was reported abandoned in a vacant Pompano Beach field. The keys to the car were found on the floorboard. When police arrived to check on Cabral they discovered her body.

Cabral’s death sent shock waves through the community, since major crimes are rare in Highland Beach, which has a full Police Department, with officers routinely patrolling the town. Highland Beach has repeatedly been rated among the top 10 safest cities in Florida by organizations that compile rankings.

Highland Beach’s only other confirmed homicide occurred in 1994 when Richard P. Ramaglia, 49, was stabbed to death in his home in the 4000 block of South Ocean Boulevard. Palm Beach County Sheriff’s deputies later arrested 23 year-old Mary Juhnke. Juhnke told detectives an argument over whether she should have an abortion led to the stabbing.

Juhnke later pleaded guilty to second degree murder and was sentenced to 17 years in prison in December 1994. A woman with the same name was killed in a 2015 auto accident in Washington state, where Juhnke was originally from.