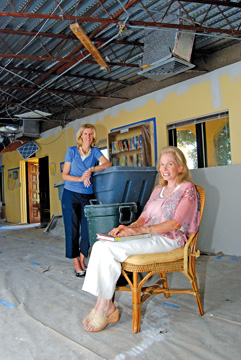 Maybe it’s because she was a reading teacher and librarian “in another life.”
Perhaps it’s because she wanted to give back to her small hometown of five years.
Whatever the reasons, when Joan Bernstein was asked to lead a fundraising drive to update and refurbish the Manalapan town library, she quickly agreed.
When she started in February, the goal was $75,000 to replace the ceiling, lighting and carpets, panel the sweeping curved wall, repaint and add new furniture to the library, which was built in 1981.
Two fundraising letters, some gentle arm-twisting and a couple of months later, Bernstein and her committee had raised $107,000 in contributions from 85 donors. Gifts came big ($10,000) and small ($20).
“I’m proud of the people of Manalapan,” Bernstein said. “They were extremely generous.
“The fact that we could accomplish all that we set out to do was tremendous.”
Bernstein shares credit with designers Mary Thornton of MET Interiors and Sophy Isaac, who are volunteering design services, and town Commissioner Marilyn Hedberg, who served as town liaison with the fundraisers.
“They are working very hard to spend the money as well and as decoratively as possible,” Bernstein said. 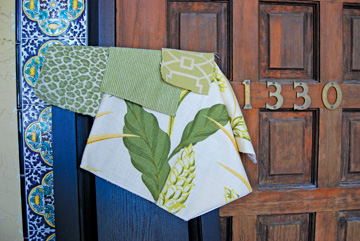 Bernstein and her husband, William, moved to Manalapan from Atlanta in 2002. She said she soon realized that Manalapan is a ‘wonderful little town, which deserves residents to be active.” She serves as a member of the town’s architectural commission; her husband is on the town commission.
The library was established in 1971, named for former mayor J. Turner Moore and moved into its current space in 1981.
It is not part of the county library system; residents pay a $25 annual membership fee. The 8,000-volume library also hosts town gatherings, meetings, book clubs, a reading hour for children and computer classes.
The building’s design is somewhat unique, since it was built to surround the town’s 400,000 gallon water tank. Hence, the sweeping curved walls of the interior.
Town records show the structure garnered national architectural recognition when it was built, but subsequent years had not been completely kind.
Town officials are planning a grand opening sometime this November after the work is complete.
“We’re absolutely amazed and delighted,” said town librarian Mary Ann Kunkle. “I cannot say enough good things about Joan.”