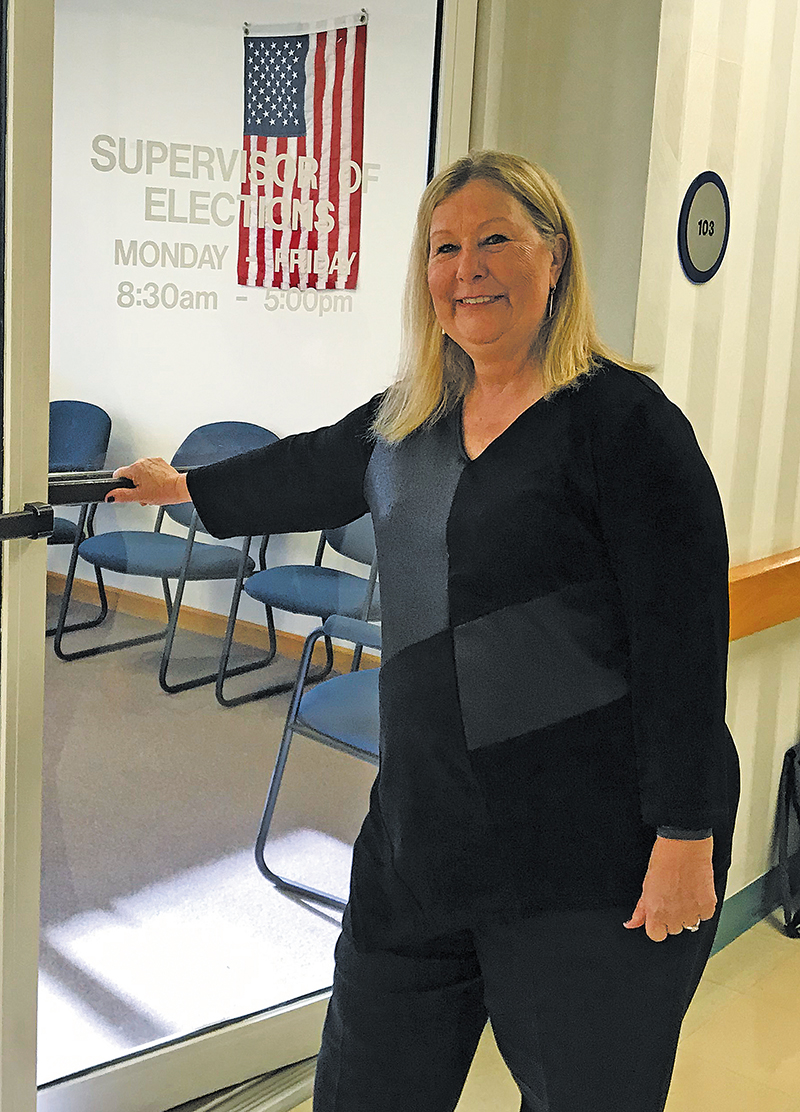 Former County Commissioner Mary McCarty was first in line to register to vote on Jan. 8. Rich Pollack / The Coastal Star

On Jan. 8, 2019, my life had come full circle. It was 10 years to the day that I had resigned in disgrace from 21 years of public service, having been charged with one count of conspiracy to commit honest services fraud. Certainly, not a day I am proud of. It is, however, now part of my life story, one horrible chapter that has served to shape the remainder of my life.

On this day, I was the first felon in Palm Beach County to register to vote, taking advantage of the Restoration of Rights referendum that had overwhelmingly passed in November.

There was a time when I believed that felons should not have the ability to vote again, ever. Voting was a privilege, after all, and if one chose to commit a crime, that privilege should be taken away forever.

Not surprisingly, my view has changed considerably.

I now feel that once people have suffered the consequences of their offense, they should be given a second chance to rejoin society with all of their rights and privileges. Otherwise, how can we hope to have full rehabilitation and reintegration back into civil society?

While going to prison was a terrible experience and one I would never have chosen for my life’s path, it was also a rewarding experience that taught me many lessons, and for that I am very grateful.

I learned patience, humility, empathy, and to not be quick to judge people. I learned how blessed my life was compared to so many that I encountered.

There was another, very unexpected, silver lining from my experience. Kevin, my husband of 38 years, wrote me beautiful love letters while I was incarcerated. He had never written me any kind of letter before. He passed away from pancreatic cancer in August. Because of my incarceration, I have these letters to cling to.

It always amused me to watch the “restoration of rights” debate. While both political parties pretended that they were for second chances and against recidivism, it was much more cynical than that.

My anecdotal experience found that both parties were off base. Most career criminals, drug dealers or gang bangers were never going to register with the government for anything. They wanted to stay away from the government system.

But the people who would register to vote are the ones, like me, who were productive members of society, made a mistake and desperately wanted to regain full participation in civic life. Most of them will register and, from what I heard in prison, will register Republican. Whether or not they vote Republican is anybody’s guess.

My experience on the morning of Jan. 8 was that rather than throngs of felons lined up at the Supervisor of Elections Office in Delray Beach to get their rights back, there were just two of us as the doors opened — both white collar, both registering Republican.