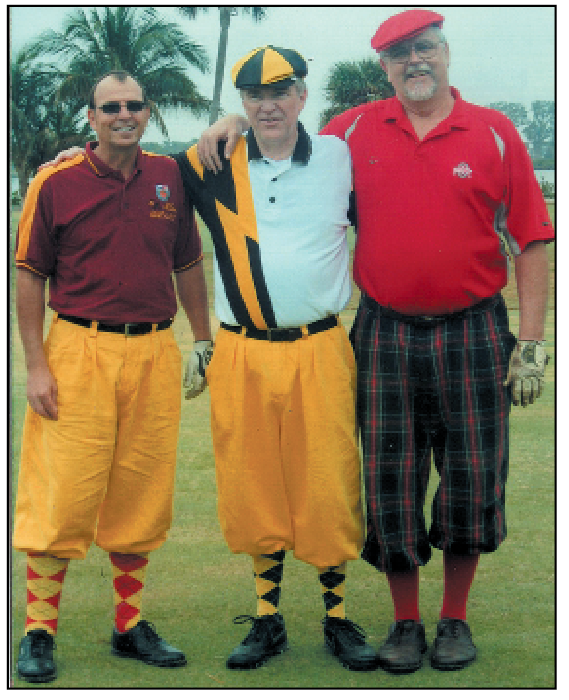 This month’s Coastal Star mailbag included one letter with a photo and a question for readers: Do you know these flashy dressers?
Coastal Star reader Mary Wollney of Lantana sent in this photograph, which she took sometime between 2008 and 2011, of three unknown but hard-to-miss men she spotted golfing at Palm Beach Par 3.
“They explained that they get together in their distinctive colorful garb to remember one of golf’s most admired sportsmen, Payne Stewart,” Wollney wrote.
Stewart, who often wore similar clothing on the golf course, died in a plane crash in 1999.
Wollney thought it might be fun to see whether anyone can identify these dapper dressers.
If you know these men, please let us know! Send an email to news@thecoastalstar.com.