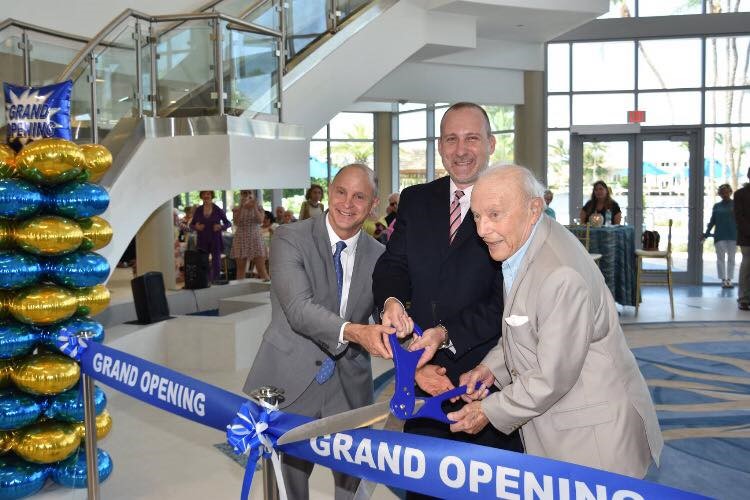 Harbour’s Edge, a senior living community providing an independent lifestyle for older adults, celebrates the completion of a $20 million renovation. The project includes a new Lifelong Learning Center with various multimedia and classroom areas, a renovated theater, new spa and fitness center, a second dining venue and a remodeled waterfront restaurant with a new exhibition kitchen, wine bar and other amenities.

“Harbour’s Edge has always been a premier choice for seniors who value independence in an upscale environment,” said Kevin Knopf, regional director of operations for Lifespace Communities. “With the recent renovations and the announcement of a new executive director, we will continue to enhance the lives of our residents.”

Harbour’s Edge has named James Horsman as its new executive director. Horsman is an accomplished hotelier with more than three decades of luxury hotel and resort experience at notable properties, including The Ritz-Carlton Hotel company and Destination Hotels. He’s opened numerous hotels throughout North America, and served as general manager for some award-winning hotels, including The Ritz-Carlton Dubai and NINE ZERO Boston.

“Jim’s extensive hospitality career and leadership experience make him an excellent fit for Harbour’s Edge and Lifespace Communities,” said Knopf. “The service philosophy and culture of hospitality he’ll continue to build, coupled with the renovations, pave the way for a tremendous experience at Harbour’s Edge.”