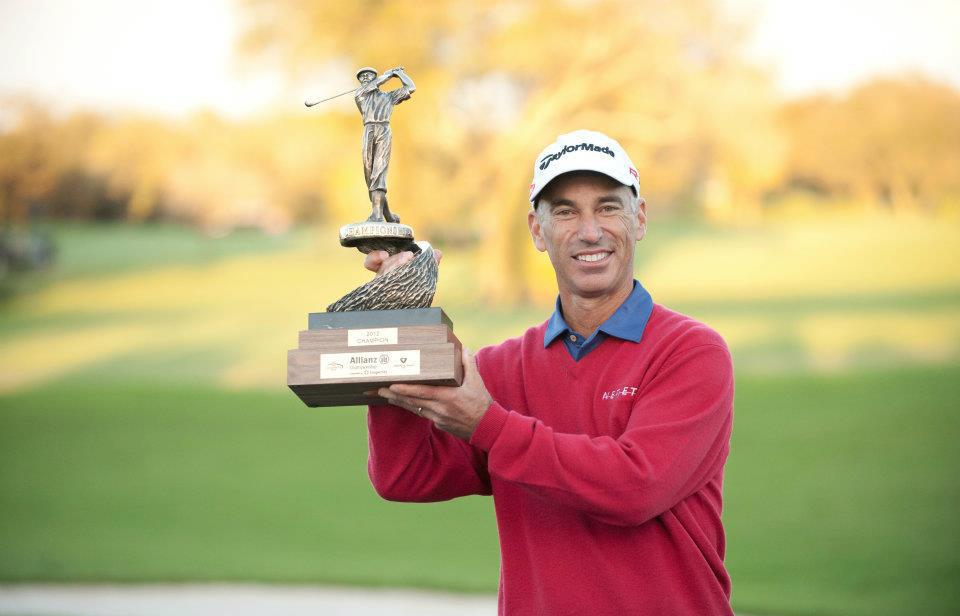 BOCA RATON, FL (January 21, 2012)— As the tournament roster continues to take shape for the 2013 Allianz Championship, two PGA Champions Tour rookies—Naples resident Rocco Mediate and Australian Steve Elkington—will take on the field as a celebrated roster of golf legends will descend onto The Old Course at Broken Sound Club from February 4th-10th for the seventh consecutive year in Boca Raton. Tournament week is jam-packed with interactive “events within the event” before and during championship play with opportunities for “up close and personal” interaction with pros for golf fans of all ages.

*All free grounds admission courtesy of the city of Boca Raton

About Allianz Championship
The 2013 Allianz Championship, in its seventh consecutive year at The Old Couse at Broken Sound, will bring the legends of golf to Boca Raton from February 4th to 10th for the first full-field PGA Champions Tour event of the season. Its 2012 champion Corey Pavin is set to defend his title as challengers Tom Lehman (2011 champion; 2011 and 2012 Schwab Cup winner); Bernhard Langer (2010 champion), Mark Calcavecchia, Fred Couples, Fuzzy Zoeller, vie for a $1.8 million purse with all three rounds televised live nationwide on The Golf Channel. The Boca Raton Champions Golf Charities (BRCGC) serves as the operational and financial oversight group for the event as well as for the distribution of all charitable funds, as all net tournament proceeds “chip-in” to benefit Boca Raton Regional Hospital. Managed by Pro Links Sports with title sponsor Allianz Life Insurance Company, the annual tournament has attracted 31 of the top 34 professionals on the money list. For skybox tickets and other hospitality, call: 561-241-GOLF (4653) or visit www.allianzchampionship.com. Follow us at Facebook.com/AllianzChampionship and on Twitter @AllianzChamp.

About the Champions Tour
Collectively, the Champions Tour has the most recognizable and accomplished players in the game with many of its 30 members of the World Golf Hall of Fame competing regularly in its events and numerous other major championship winners among its members. The Champions Tour is a membership organization of professional golfers age 50 and older. Conceived in 1980 as the Senior PGA Tour, it started with just four events and purses totaling $475,000. Points earned in 26 official Charles Schwab Cup events in 2013 will determine the Charles Schwab Cup champion, the season-long competition designed to recognize the Champions Tour’s leading player. The Champions Tour's primary purpose is to provide financial opportunities for its players, entertain and inspire its fans, deliver substantial value to its partners, create outlets for volunteers to give back, protect the integrity of the game and generate significant charitable and economic impact in communities in which it plays. In 2012, tournaments on all five Tours (PGA TOUR, Champions Tour, Web.com Tour, PGA TOUR Latinoamerica, PGA TOUR Canada) generated more than $122 million for local charitable organizations, bringing the TOUR’s all-time total of charitable contributions to more than $1.8 billion. The Commissioner of the PGA TOUR is Tim Finchem. Mike Stevens is President of the Champions Tour. The PGA TOUR’s website is pgatour.com, the No. 1 site in golf, and the organization is headquartered in Ponte Vedra Beach, FL. Follow the Champions Tour at Facebook.com/ChampionsTour and on Twitter @ChampionsTour.